Magnolfi: My 80 years of success
«Now patent the dream machine»

Always on the wave of textiles. ‘How? It’s the secret of Pulcinella ‘

He will be 80 on Tuesday, but he, on the breach with the enthusiasm of when he decided to dive into the textile in 1984, does not even want to be reminded. A man is old only when regrets overcome dreams. He has no regrets and looks at the tomorrow with constant effort, aware that when he is young, he looks good and when he is older, he looks far away. Rodolfo Magnolfi, president of Fil-3, one of the most flourishing stock service companies with immediate availability of yarns created together with his partner Edo Gelli, set in the maze of the montemurlese area, maintains the same working philosophy that has made it one of the most beautiful examples survived from the textile tsunami, 500 mills today a hundred today. Slim physique, lucid mind, explains his world in three words with the realism of Prato “bread to bread and wine to wine”: “We have always proposed to take the step according to the leg without budgets in red, establishing regular salaries and profit sharing only when the resources allowed it”.
Ever tempted by enjoyment and quick?
“Many years ago we arranged for the purchase of two Mercedes; we reflected and established that it was not time to throw ourselves out »
Until Mercedes was no longer a chimera.
“We bought two when we began to be credited with a 1 A rating of maximum reliability that still persists today. The then dealer Fineschi rolled his eyes at the sound and knocking payment. ”
The developments?
«The production of yarns throughout Italy has widened according to the criteria of speed and variety. We also count on our patented dream machine ».
To those who believe in dreams, just a step to reach the stars
«In this case it is a realistic expectation through a machine capable of creating a multi-colored thread, allowing fancy fabrics with an infinite range of effects, built in a Prato workshop in collaboration with another local company that has realized the ‘control electronics’.
Working relationships with the rampant Chinese system?
“We prefer those with fellow countrymen: peaceful sleep and quality production”.
At his age, the resting rest of nothing is addressed.
“We have never tried to add more years to our lives, but more life to the years, even if the management today is almost entirely passed on to my children and the children of the original member Edo Gelli, to whom my gratitude for remaining with me, even if they sometimes call me antediluvian: many companies have not had generational spares and have collapsed, ours has progressed, also involving my son Riccardo, an electronic engineer who converted to the textile industry ».
How did you persuade your people to stay in the textile?
“Boys I’m human – I told him – sooner or later I’ll die”. Learn how to get rid of, you do not advance towards winter by spring. My sons and children of my partner, Edo Gelli who died in 2013, felt the pride of an important company, continuing the collaboration with our suppliers some of whom have been with us since the company was founded ».
The secret of success?
“First it was in processing. Now the margins are reduced; the fundamental resource becomes short-term payments with facilitated bargaining and careful purchases. It is the secret of Pulcinella, but for 34 years Pulcinella has proved us right ». Immarcescibile Rodolfo. 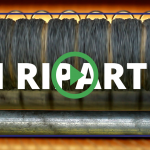 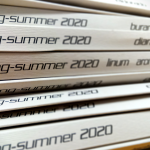